“Lost Stories”  is a collection of episodes from the amazing kaleidoscope of my life.

Luckily they have not been lost. 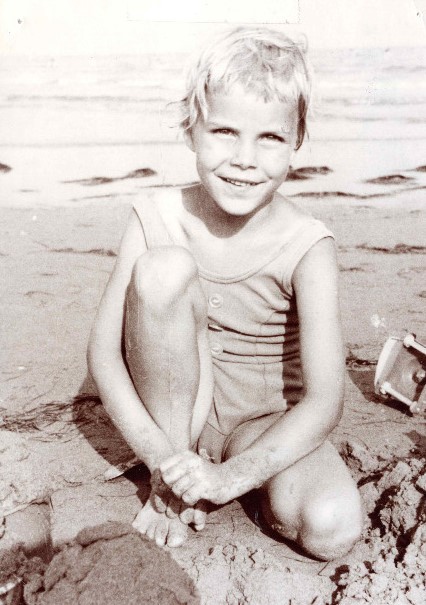 This story goes back to the ’60s of the last century. In Germany, my country of birth, university students were rallying against police with water tanks to protect residential houses from getting turned into commercial buildings. In Canada, Indigenous children were scooped up and America drooled at Woodstock in a bra-less, flower-power hippy-and-Hair-concert delusion. Chairman Mao was a rising star in the far East and Che Guevara gathered weapons and followers in the southwest of this world.

At eight years of age, I was completely oblivious to such grave circumstances in the world, more concerned with living up to the expectations in my family. Growing up in a well-off, stern Catholic doctors’ household, my father was the law and mother the lovely counterweight. I had three siblings. Being placed in the lower middle of that horde, I lived with a sparkling imagination, loved teddy bears more than dolls, and too often thought the impossible could be made possible.

The oldest brother, Martin: a tall, nerdy smart-aleck, with such black hair nobody in our family shared. Looking back, his ever-condescending smile and behaviour should be forgiven, for being the first-born he probably bore the brunt of my parents’ strict education. Just out of spite he became a lawyer, when my father wished nothing more than for all of us to become doctors.

Three years down, there is Franz, my other brother, a free thinker, humanist and revoluzzer. He could do everything, knew answers to all my questions, and did wonderful things such as taking me shotgun on his Vespa motor roller, showing me the planetarium or teaching me words in Latin.

Four years younger than Franz, I adored him. With every fibre of my heart, I was determined to marry him. Looking at his kind, brown eyes, partly hidden behind those fashionable “Woody Allen” glasses and ready to brush aside the fact that you cannot marry brothers, I was convinced, if I could only show the officials how much I loved him, they would let me marry him. What we did manage instead, was to become the two extraordinary “black sheep” in our family. Non-conformists and talk-backers.

I was also baggaged with a two-years’ younger, useless sister, whom I ended up loving more than anybody in this mysterious family. With her puppy-like brown and eager-to-please eyes, Hildegard doggedly followed me around wherever I went. Later, when we were adults, we grew closer to each other than anything. The only one of us to become a doctor, she is the one thing I really miss after having emigrated from Germany. Besides dark bread, maybe.

So, here we go. In this episode from my “Lost Stories” collection, I am still eight-years-old caught between believing in wonders and the sacrosanct truthfulness of my elders.

Sweets were very rare in our lives, given out only at special events such as holidays or birthdays, or by far-flung relatives that came visiting, oblivious to our laws. Or because of them. Not because they cost money, but my parents thought it good, educational even, to make them rare. Really rare. My parents’ rule worked: we appreciated treats like gold nuggets in the river.

I was able to be very conservative with whatever I got. I could make candy last, string them out for weeks, so I could have a daily delight and then some.

Eventually, they were all gone. And then I would have to wait for the next occasion, Christmas or Easter, or maybe someone else’s birthday, if any of my brothers or even my sister was in a mood to share.

So, I was very excited when my oldest brother, Martin, one day casually dropped the comment that those colourful gummy bears can grow on bushes. I was stunned. That was it. I never even questioned it; my brother was seven years older. He knew things. So, I waited for the next occasion when they would fall into my possession: my birthday, March 21st, the beginning of spring.

Then, on that bright and sunny day, when all my presents had been opened and appreciated, I quietly stole away with a handful of gummy bears, that were part of a treasure trove of sweet chocolate bars with hazelnuts, a soft stuffy, rainbow crayons, and exciting sounding children books.

I was going to grow them; I was going to put some into the soil and wait for the bushes to sprout. Then I could harvest gummy bears all summer long and would not have to wait. The world had suddenly changed.

I chose a secret location in our garden, where I usually played with my Smurfs, building houses, little gardens, trails, bridges, and ponds for them. Beside the red currant bush. They went into the ground, the dark soil patted and watered. I wiped my dirty hands on the back pockets of my jeans.

Then I waited.
Watered. Watched and waited some more.
For weeks.

Some part of my brain must have doubted this whole miracle from the start. When I “seeded” the gummy bears, they were wrapped in one of my cloth handkerchiefs. Not my favourite, but an older one, which I was ready to sacrifice. The little red and golden bears folded easily into the soft cotton, blending with the faded pattern of yellow ducks with their red beaks. I wanted them to be at least comfortable in the foreign ground. I wanted to keep them together or just to keep them.

When nothing happened and I finally gave up, I unearthed the bundle and rescued the poor bears.
Then I ate them.

If you liked the first story, we would love to hear about it here.